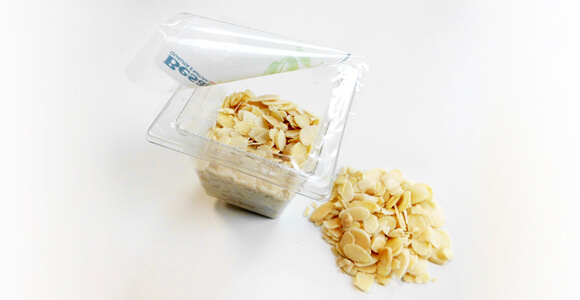 Smile Lite is a new system for opening and reclosing 100% PET recyclable plastic tray tops,. Made with the collaboration of dried fruit sector leader Bioplast Besana, it is composed of two polyester film layers, which are separated during the opening; it combines the function of a peelable film and a reclosable lid in a single solution, allowing the consumption of 7 times less plastic compared to the standard solution with lid.

The bottom layer of the film remains welded to the tray serving as the inner edge, and a special adhesive guarantees the reclosing for several dozens of times, thus preventing food waste due to the deterioration of the product after opening the pack.

Protegge per natura
We are packaging fans